I had a chance to ask Brooklyn Ann some questions. Here are her answers:

Iron Canuck: How long have you been writing?

Brooklyn Ann: On and off throughout my life, but I only got serious about it in 2009, after my mom passed away.

Iron Canuck: Where did the idea for the Bleeding Vengeance band come from?

Brooklyn Ann: Every band has at least one other opening band touring with them. Bleeding Vengeance opened for Viciöus in book one of the Hearts of Metal series, Kissing Viciöus. Orignally, they were supposed to remain in the background, but every band member had such great personalities, especially the nerdy bass player, before I knew it, they became the focus of book two in the series.

Brooklyn Ann: Klement, but that’s because I’m biased since he’s loosely based on this bass-player and IT Guy that I had a crush on when I started writing the series, and eventually convinced him to date me.

Iron Canuck: When is the next book in the series?

Iron Canuck: Do you have a playlist for each book?

Brooklyn Ann: I do, though I haven’t gotten them all uploaded on Youtube yet. The playlist for Forbidden Song is:

Iron Canuck: What else do you write?

Brooklyn Ann: I have a historical paranormal romance series (Scandals with Bite), and an urban fantasy series (Brides of Prophecy). In fact, the characters from my Brides of Prophecy series have a prominent role in Forbidden Song. That was a lot of fun. All of my worlds intersect in little ways.

Iron Canuck: Thank you for spending time with me. 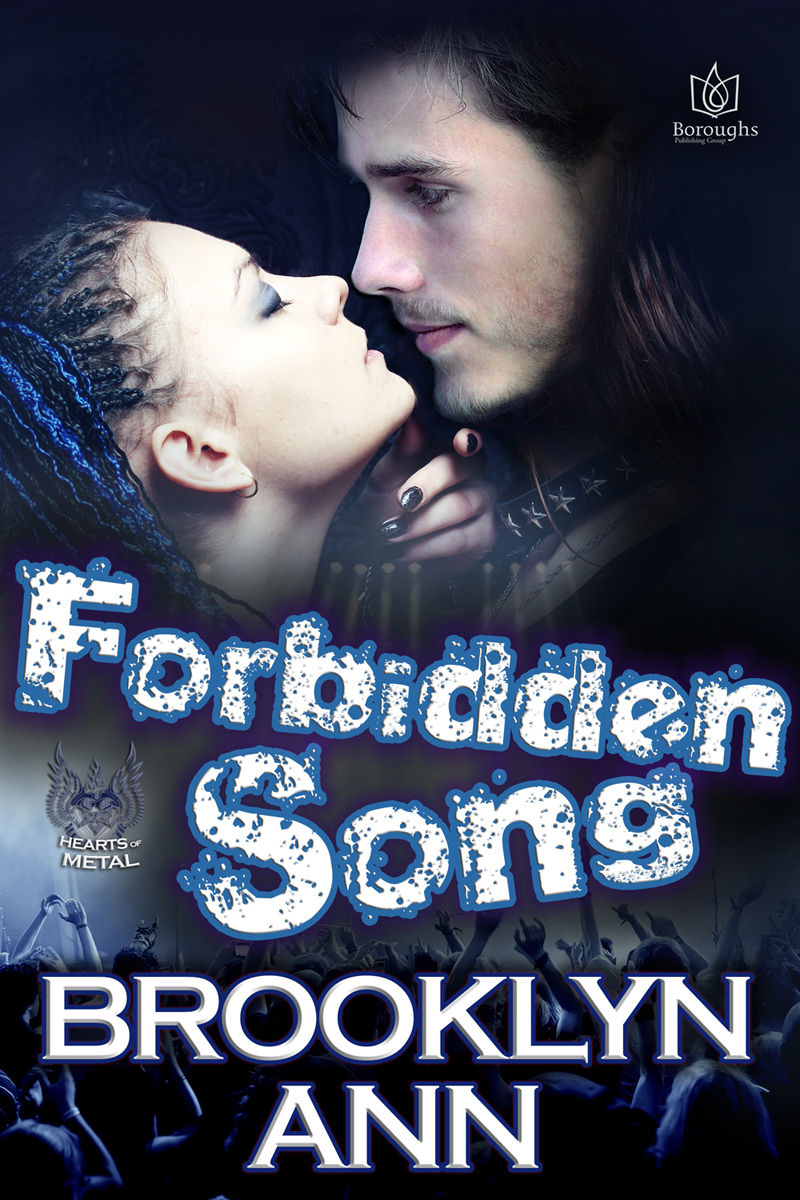